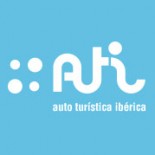 First 7* Resort to open in Spain by Banyan Tree

The 7 star Banyan Tree Resort is set to raise the standards people are offered in The Costa Tropical. Details of the apartments and villas for sale should be released early in 2013.

The international holding company Banyan Tree, the developer of what will be the first 7-star hotel in Spain, to be built in Almuñecar (Granada), just got the City Council permission to start the construction of this luxury hotel, opening in a first phase in 2013.
The resort ‘Bahia Fenicia “, managed under the Banyan Tree brand Angsana, internationally renowned for its luxury hotels and spas and international awards, will have standard rooms of 40m2, which will have a wide range of services that could include limousine service, helicopter services, private chef and private butler.
The Almunecar 7 star hotel located in the area known as “Peñon de Lobo” (The Wolf Rock), between the port of Marina del Este and Cotobro and overlooking La Herradura and Almuñecar,
The apartments of Phase I will have a size of 500m2 and all will have private pools on the terraces and breathtaking views. In addition, owners of the apartments can arrange for the hotel to manage the housing, so that owners can enjoy a series of excellent services, such as a professional chef, room service and information services the hotel.
The owners also have the opportunity to be part of the ‘Exchange Programme’, which allows them to exchange their holiday apartment in Spain with a holiday at another resort managed by Banyan Tree, Maldives and Thailand.
Moreover, the Banyan Tree chain itself will launch a training program for staff. During the construction phase it is expected to create about 250 jobs and 600 permanent jobs. Also, the City of Almunecar has launched a municipal program of job training, Almuforma, and carry out specific courses to train tourism professionals with the implication of the hotel chain.
In the project documentation submitted by the developer, the hotel appears as a five star luxury, which is the maximum allowed in Spanish law. Hence, the developer has taken steps at central government level to request a waiver – exceptionally – to enable them to obtain official recognition of 7 stars, corresponding  to the facilities and the services it offers.  We can only say it is very good news for Spain & for all future owners and visitors!

This entry was posted on 29 de December de 2012 by autoturistica in Travel and tagged 7 stars, almuñecar, banyan tree, Hotels, spain.